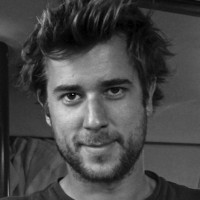 The Octopus Foundation is a Swiss non-profit organization that aims to improve the knowledge of the marine world by supporting scientific exploration of the oceans and to make this information available to the public. Can you describe the origins and evolutions of the Foundation?

The origin of the foundation is quite simple. I studied print journalism at Boston University, while in parallel I was teaching cruise sailing. When I came back from the United States in 2006, I have worked for different French news magazines. In everyone of them, I realized that editors in chief have a misconception of what the marine world is and how far we are from understanding it.

In 2009, I left those medias and I launched an independent digital magazine, called OCEAN 71 Magazine. The idea was to gather together a team of sea specialists (that include skippers and divers) to better report what was happening at sea. At that time we did our first major investigation about the bluefin tuna industry in the Mediterranean sea.

Unfortunately, in 2013 the public was not yet ready to pay for online information. At the same time, this experience convinced us that there was a growing interest on biodiversity and underwater cultural remains. I realized that our activity was in fact of public interest. The Octopus Foundation was born.

Then, the question was to figure out if the Foundation should specialize in one specific field. The answer was quite obvious : as the ocean is two parts, one living (marine biology) and the second historical (underwater archeology), there was no real choice to make. We had to help scientists in both fields.

Can you give an exemple of project that the Octopus Foundation is supporting, to give an idea of the scope of these projects ?

We follow a very simple principle : the more people and entities are involved in a project, the less chances this project has to achieve its goals. So, we look for small-scaled projects, with one or two people in charge of them (a biologist or an archeologist) who are dedicating very often their life to their project. 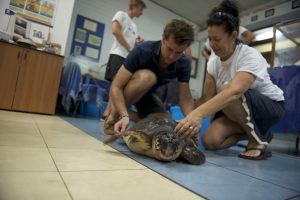 The best example we have is the marine turtle clinic in Lampedusa. Daniela Freggi is a French-Italian biologist who has dedicated most of her life -the past 20 years now- to the rescue and study of marine turtles in the Mediterranean sea. We met her the first time during the bluefin tuna investigation. Very early, we discovered that she had nearly no fund to achieve her goals, although she had managed to create in a few years one of the most skilled and knowledgable rescue center on the subject in the world. The only way she had to gather very limited funding was to open her center to visitors every afternoon during the summer season. At the same time, she and her team of volunteers have rescued and saved around 300 turtles every year, because she managed to convince local fishermen that saving the turtles meant saving the whole marine balance. That meant the fish too. Daniela is typically the kind of person that we think needs the most any kind help, including ours.

How do you support the projects ?

Traditionally, foundations supports projects by providing them with money. That’s not our main specialty. With a couple of years of experience now, we have realized that these marine biologists or archeologists do need money, but it is far from solving everything. They have limited funds, but they say they are used to deal with that for years. What everyone of them say they need the most is skilled human resources. Because of their limited resources, quite often scientists have to rely on volunteers which is perfect to raise awareness, but more difficult to conduct scientific studies. So, our main help comes from this team of sea experts who are fully dedicated to the needs of the biologist or the archeologist for sessions that can last up to two weeks, several times in a year. Moreover, we always adapt the field team to the needs of a specific project. Some require more sailors, while some others require more divers or drone pilots. 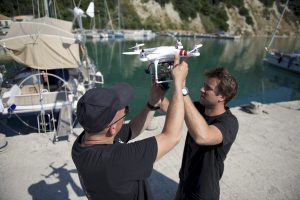 The other way for the Octopus Foundation to help projects is with technology. The sea is a very aggressive environment, where salt, pressure, temperature, weather make everything more complicated than on the ground. The philosophy of the foundation concerning technology is trying to pick tools (like underwater cameras, drones), but with very rigorous requirements. First, each tool needs to cost less than 1.000 euros. The reason for that is if one tool works for one project, that means that it works also for other similar projects elsewhere in the world. But it needs to be affordable. I have seen too many incredible tools that were very expensive, very impressive but no scientist could afford them… So, for us, they are basically useless. We have to think about small tools, very robust, cheap and that get good results. Once a tool has passed all the tests, we open source its scientific use, so every biologist and archeologist can use them their own way with their specific set of conditions.

What is a good Octopus Foundation project ?

There are millions of potential projects linked to the exploration of the seas, but there are just a couple of them who are at the same time scientifically relevant and also attractive for the public. Basically, every species in the ocean is interesting, every underwater historical site is relevant to study. But not all of them are appealing to the media. To be or become an Octopus Foundation project, there is a very thin balance between the scientific and the media potential. In the archaeological field for example, a project needs most of the time to be linked to a famous historical figure. For example, the ancient Oricum harbour in Albania is an interesting project because this small city is strongly linked to Julius Caesar’s ascend to total power. It played a key role -although unknown- in the famous Roman general life. The first goal of the Octopus Foundation is to help science. But the second one is to better inform the public. Why would the public try to save a species or a historical site if they don’t know why ? For us, information is the basis of any kind of awareness.

Which are the upcoming projects of the Octopus Foundation ?

Our 2018 marine biology project is about better studying the Mediterranean monk seals. Interestingly enough, this « warm » sea has been home for many populations of seals up until the 20th century. Today, about 600 of them are surviving while hiding in Greek and Turkish caves along the coast. Sadly, it is the marine mammal the closest to extinction in the world. Biologists have very limited information on them, as they are spending most of their time at sea. Today, we think they could use last generation tools (that include autonomous surveillance systems in the cave and drones outside of the caves) to improve the knowledge about this animal behavior. Then with enough data, we think they will be able to convince their governments to take action in order to protect the areas where the small groups of monk seals are living.

The 2018 historical project is in Mozambique. It is yet our farthest destination. Next July, we are going to help a local archaeologist to launch the first school of underwater archeology along the coast of Mozambique. Dr Ricardo Duarte is a very passionate archeologist who managed after decades of efforts to expel the treasure hunters who were searching for the numerous ancient Portuguese shipwrecks that are scattered along the African coast. The Octopus Foundation has decided to help Dr Duarte because he wants to train local students to study and protect themselves the Mozambican cultural heritage.