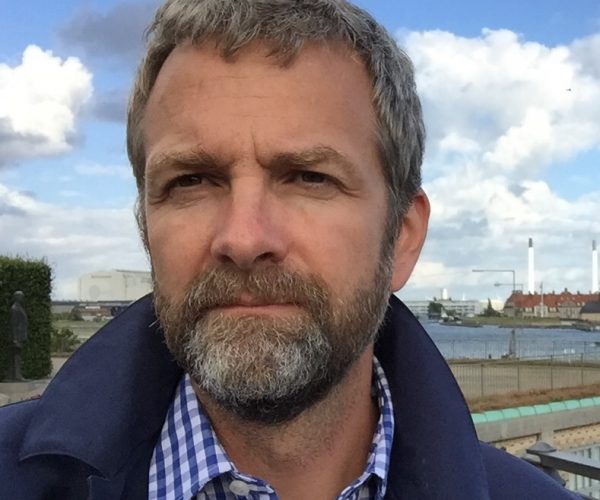 Oak Foundation was established in 1983. The resources of Oak Foundation originated from an interest in the Duty Free Shoppers business which Alan Parker helped to build. Early grants were made in Denmark to organisations supporting single mothers and torture victims and in Zimbabwe to groups supporting vulnerable children and families. Since then, the Foundation has embarked on an incremental path of growth that led to a new phase in the late 1990s when annual grant-making increased and the organization developed a more professional philanthropic approach. In 2017, Oak Foundation made 330 programme grants for a total of USD 211.55 million to support 308 organisations based in 35 countries. Average grant size was USD 600,000.

We had a talk with Kristian Parker, Trustee of the Oak Foundation, to explore how a family model evolved throughout the years into one of the largest and most strategic funders in Europe. Today, Oak pays deep attention to grantees’ capacity and to the need of igniting collective efforts to solve the urgent issues of society.

Could you please describe the evolution that led Oak Foundation from being the design of a philanthropic family to becoming a strategic organization?

We went through a process as a family in 1997 to determine our main areas of interest, finally identifying five of our current program areas. We also decided that we wanted to have dedicated staff while each of the family members would focus on one or two programs to lead growth and development. Basically, our first decision was about what we wanted to do; the second was to do it professionally.

Every organization has a different perspective in terms of growth: the strategic development of Oak Foundation was incremental. We grew each program with a common framework and administration. Under this umbrella, each program developed separately. This was an advantage. It allowed each family member to focus on a preferred thematic area.

How did you choose to focus on your main programs?

It was a relatively straightforward process. We leveraged professional advice and then each family member listed issues that he/she wanted to act on. We narrowed down the top interest areas: environment, child abuse, housing and homelessness, human rights and issues affecting women. These were the first five programs that we established in 1997. Learning differences was added about 10 years ago.

Let’s take as an example the environment programme, which is easier for me to describe as it is my area of interest. Since I have a degree in marine biology, it made sense for me to focus on the oceans. Concerning climate change, we saw that it was growing in importance and it seemed to be a critical time to intervene. Both were fields were under-resourced as there weren’t many marine or climate funders. It was a niche: there was space, opportunity and a certain level of internal knowledge. That is how we decided to focus on these two themes within the environment area.

Each programme has evolved over time. For example, at first we worked mostly in the United States and Europe for climate change – but now we have made significant investments in China, India and Brazil. That decision followed reflection: while we know that Europe and the US must cut their emissions, we know the greatest challenge will be the growth in emissions from emerging economies such as India, Brazil and China.

Which are the main criteria for selecting your grantees?

If you look at our grants you will see a very large percentage of partners get grant renewals. It is not unusual to have strategic partnerships with grantees and we normally provide three-year grants. So, a lot of the decisions every year are based on whether to support a new NGO or continue with an existing one. The first question we ask is: does it fit our strategy and geographic focus?

The other thing is: how much do we need to invest to have a significant impact? If somebody has a good strategy and works in an area that is of interest to us, we then look at the organization and decide if it is capable of delivering the strategy (in terms of their assets, governance, other funders, etc.).

Finally, it is about what can we do with other players and how can we learn from one another; we work very closely with over 10 foundations, collaborating with them about grantees, strategies, opportunities and lessons learned. A fair amount of how we operate comes from learning from our peers.

When we approach a new field, we generally move through “learning grants” – smaller grants to acquire knowledge and assess whether it is something we want to engage in at a higher level; we have to like the strategy, but also the partners who would deliver it. We can come up with the best strategy in the world, the best tactics, but if there is no one to do the work then we are stuck. There have been a few occasions where, along with partners, we created new organizations. It is not like becoming an operational foundation, but if no other options are available we may join other funders to create new organizations.

Which are the plans for the future and the challenges that lay ahead?

Climate is an issue that is significantly under-represented in philanthropy in general: only about 2% of philanthropic dollars in the U.S. and Europe go towards climate change. Although we had a significant impact over the last 10 years, we need more foundations to engage – 2% is simply not enough to keep up with the scale and nature of the problem. One of the things I am personally committed to is to engage other philanthropists and foundations on how they might work on this issue.

Climate change is not an environmental issue – it is a human issue. The poorest of the world will be hit the hardest by the changes that are coming; therefore, climate change is an issue that affects most of the things we are doing in philanthropy – whether it is health, education, children or human rights. This is a systemic theme, and we need more partners and people thinking about solutions.

I think that we can underline this issue: few foundations are working on climate change. What is the reason in your opinion?

One possible reason foundations don’t engage in climate change is the scale of the issue. It is such a massive problem; it is difficult to decide where to begin.

However, what has changed today is the opportunity to have impact, which is much clearer compared to 10 years ago. There are many opportunities now for foundations. For the first time ever in Europe, renewable energy produced more electricity through wind, biomass and sunlight than coal did. It is getting cheaper and cheaper and for many countries it is the technology of choice. We have the Paris Agreement behind us: I think momentum is on our side. Now it’s the time to engage new foundations; we need to accelerate the impact.

One example of a project that we are pleased with is an investment in the European Climate Foundation (ECF) to replace coal with clean energy. A lot of what ECF does is make grants to a network of environmental and other NGOs to advocate for cleaner, safer power. For example, one of the partners collaborating with ECF is a team of legal experts who have helped the Polish government meet their air quality obligations. This is a campaign that has been going on for some time; however, we are pushing this more now because Europe needs to transition away from coal in a fast and fair way within the next 10 to 12 years.

Europe needs to lead the way: we are among the wealthiest areas in the world and if we don’t do it, how can we expect other nations to?