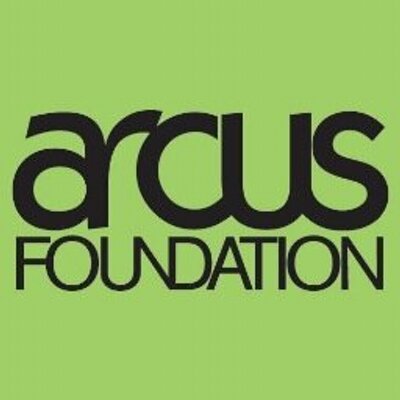 The Arcus Foundation is a leading global foundation dedicated to the idea that people can live in harmony with one another and the natural world. Can you describe your origins and evolutions during the years?

The Arcus Foundation was set up in 2000 by Jon Stryker. He is our board president and our founder. Mr. Stryker has supported the foundation’s ongoing efforts with more than $500 million in funding since its inception. Originally, he wanted to support the welfare of apes in the Unites States, especially chimpanzees who were coming out of scientific research. That was the reason why he wanted to put some money into welfare and sanctuary support in North America. He did that for the first five years for the Arcus Foundation. Then, he brought on the team a primatologist who worked in Central Africa for twenty years with bonobos, chimpanzees and gorillas. When she started to work for Arcus, we began to change the focus of the conservation program, to focus on conserving apes and givens in the wild, improving their welfare in sanctuaries.

We’ve grown a lot in the last 10-15 years. The amount of money that we are now able to spend on grants has grown, and we are funding work in 15-16 countries. We don’t support projects in every country that has a great ape or a given species, but we fund work in most of them. On our website there is a list of what we call our “priority landscapes”. We’ve selected 20 of them across Africa and Asia, where we fund the majority of our grants, and most of that goes to protecting apes in the wild, in their natural habitats.

The origins of the Arcus Foundation really come from Jon Stryker and his interest in social justice issues around sexuality and gender on one side, and the conservation and welfare of apes on the other side. He allows the program staff to help him think about how he should spend his money, so about what we need to do to protect apes and givens in the wild, to improve their welfare in sanctuaries and to change people’s points of view about how we need to live with apes and forests as well.

The goal of the Great Apes program is to increase recognition of and respect for the rights and intrinsic value of the great apes, especially the right to live free of abuse, exploitation, and private ownership. In 2016, Arcus awarded more than $10 million to organizations working to conserve and protect the world’s great apes. Why did you choose this specific topic?

We are a medium-size donor, and we recognize that conserving any species in the wild, especially a species like great apes that lives in 20 different countries, requires a lot of money. So, in order to have some impact, we believe that we need to focus on a single species rather than on many of them.

Jon Stryker likes apes, and that’s the main reason for this choice. But we also believe that great apes are what we call an “umbrella species”. If we protect the very large blocks of forests where they live, we are going to protect other species in the meantime. Protecting apes allows us to protect large areas of Africa and Asia.

We have three main programmatic goals. Increasing the recognition and the respect of values and rights of the great apes is one of the goals which relates to the work we do for sanctuaries and welfare across Africa and Asia. Also, this goal is about building awareness in Europe, America and other parts of the world on the links between biodiversity and welfare to build an equitable system in the planet.

The second programmatic goal is to reconcile conservation with economic development, so that we can protect apes but also make sure that human communities are not suffering. If we protect forests that people need to use, there can be some harm as well as some benefit.

The other programmatic goal is to build a stronger movement, create partnerships in the conservation between governments, private sectors, companies, businesses, organizations and individuals across the world, who can help us think on how we can conserve apes in the wild and how we can improve the respect for apes more globally.

We now work in more and more countries. We monitor and evaluate our impacts with a long list of indicators. We’ve got some very high-level indicators to ensure that in our priority landscapes ape populations are stable or increasing, and that threats to those populations are acceptable. That is our ultimate goal for the conservation program.

For the sanctuary program, the ultimate goals are to reduce the number of apes in captivity and to ensure that their wellbeing in sanctuaries is improving. On my side of the work, the conservation program, big successes are things like populations increasing. When the global picture of apes and forests is not positive, small successes are very important. If we see that a population is increasing in size, we look at it as a success and measure it in our priority landscapes across Africa and Asia.

We are a grant maker, so we rely on our partners, the grantees, to do the work for us. There are many challenges for them. For example, in out priority landscapes in DRC, where we have gorillas, bonobos and chimpanzees, there are very high levels of threat. They can come from poor local populations who don’t have food or money, so they hunt, or there can be threats coming from civil instability, from war, from habitat loss through timber, mining, gas, infrastructure development, and many different kinds of threats. Some of those are very extreme, so when I said that one of our main programmatic goals was to reconcile conservation with economic development, I meant that we are trying to think of ways in which economic development can continue in a way that it doesn’t harm apes populations and the forests they live in.

Another milestone is the fact that we work closely with the World Bank, and we have been advising them on some mechanisms whereby they lend money to governments and the private sector. We’ve been advising them on improving some of their lending requirements so that governments and private sectors think more attentively on how they impact on the environment and apes populations.

For sanctuary work, we have obtained some big successes in America. There has been a lot of work about state policy around chimps being kept in sanctuaries, zoos, and chimps coming out of laboratories. There have been major successes for protection for captive apes in America since Arcus has been working on it. We think that, at a federal and state level, Arcus’ impact has been really incisive.

So, there are many different levels of impact that we would like to have, but the highest level of programmatic objectives for us is to keep ape population stable in the wild and try to slowly improve their care in sanctuaries.

Which are the plans for the future and the challenges that lay ahead in this field?

For the conservation program, the main problem for us is how to focus funding. We want to protect apes in the wild and we need to work with partners working in forests in Africa and Asia, but we also need to work with governments about changing policies, and with industries about changing their behaviour. These are very big issues, and they relate to changing patterns at a global level. They relate to capitalism and neo-liberalism, consumption and growing middle classes around the world. We want to think about climate change as well: how will it affect these forests in 20 years time?

So, we have a conflict between focusing on forests and trying to protect the apes now, today, but also thinking about what the main threats are in the future. This is something that we are trying to think about and build partnerships around. This requires a lot of thought and interaction with different kinds of people and organizations.

Do you work also with other grant-making foundations around these issues?

Absolutely. That is a net. We try to find out which donors are working for conservation, environment, climate change etc. There is definitely a desire to build bigger and stronger collaboration between donors.

How do you select your grantees? Which are the main criteria?

We have priority landscapes, so we are looking for organizations that are working there. Usually, these landscapes are important because of their ape species, so there are often conservation organizations that approach us with a project in a specific landscape. Some of those landscapes might not have any conservation NGOs working there because there are not enough infrastructures or they are very isolates. We are restricted in whom we can choose: we do not select organizations and ask them to apply for our funding. We have open doors policy, so anybody can apply to us at anytime, as long as it concerns conservation and wellbeing of apes.

The first thing we do is look and see if organizations are working in our priority landscapes. If they don’t, we usually do not fund them – unless they are doing something very interesting. If they are in our priority landscapes, we look very closely at their objectives and their activities are, and we have a number of conversations with them to ensure that they are meeting our programmatic goals.

For every grantee that approaches us, we discuss with the team, have some conversation with them, and then we make decisions based on out strategies as to whether their work will have an impact on those indicators in these priority landscapes.