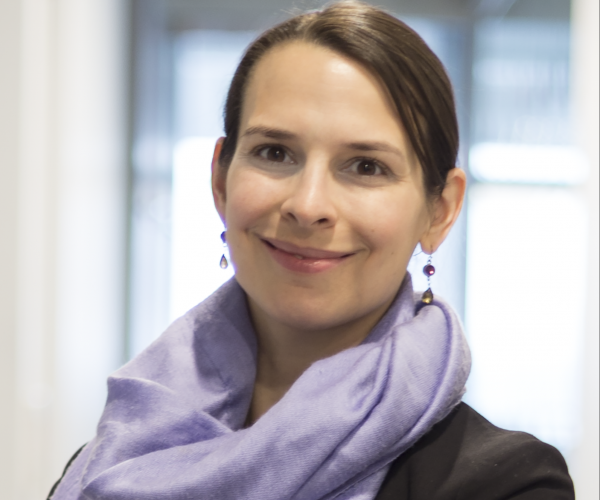 Open Road Alliance is a private philanthropic initiative founded in 2012 by psychologist and philanthropist Dr. Laurie Michaels to address the need for contingency funds and the absence of risk management practices in philanthropy.

Over the years this Donor-Advised Fund has worked with the major foundations and primary public donors all over the world as an “impact-insurance” resource, providing grants and loans to solve unexpected roadblocks that frequently arise during the implementation of social sector projects, threatening their success. Nonetheless, funders do not normally take responsibility of these issues due to lack of awareness, inappropriate budgeting or rigid governing mechanisms: according to the latest reports of Open Road Alliance, 1 in 5 projects will encounter an unexpected obstacle during implementation; only 17% of funders currently budget for contingencies; and 76% of funders do not ask about project risks during the RFP process.

I had a talk with Maya Winkelstein, Executive Director of Open Road Alliance, to analyze a unique philanthropic model (working in the “but-if” column of a logic model) that tries to provide a very simple answer to a question all effective philanthropists should consider: “how can we make sure potentially impactful projects are carried on to the end?”

What is the primary goal of Open Road Alliance and how was this innovative philanthropic effort created?

It’s a very interesting story that stems from our founder, Laurie Michaels. When she decided to set up her philanthropic initiative, she explicitly did not want to focus on one theme or country – she had travelled extensively during her life and did not feel like picking one country or sector rather than another. She felt that would not work for her because she believed in an ecosystem strategy. She matured her decision over several years, during which she talked with a lot of friends and sector professionals. She started to hear stories everyone working in the non profit arena is familiar with: “We spend six months working with a donor to get $500,000 for new equipment for our clinic in Kenya – but I just received an e-mail saying that all the equipment is stuck in custom in the US because the donor will not pay $25,000 for export taxes“. This type of situation where a relatively small amount of money could fix a problem with a much larger financial and social impact became the idea for Open Road and Laurie who started thinking she could try to solve that issue.

So we began working together to define a viable strategy. We quickly learned that not only was this approach feasible but it represented a very much needed and uncovered niche for the effectiveness of the philanthropic market. It was a bold choice, that wasn’t designed to serve ego: Laurie never wanted to make the front page, never thought about labeling the organization with her own name. That’s a personality trait – but also a clever recognition. This model creates strong leverage: the average amount of money that another funder has invested is 10x what we put in to save the project.

Could you describe your philanthropic approach and difference with traditional grantmaking?

Open Road provides grants and loans to mid-implementation projects that encounter an unexpected roadblock. We operate through two funds: a charitable grantmaking fund and a loan fund.

But we actually don’t have a fixed budget at the beginning of the year: we are demand-driven. As we say, “problems do not wait for deadlines” so we cannot have fixed grant cycles. For this reason, flexibility is core to our work and our structure. This is one of the reasons we chose to operate via a Donor-Advised Fund in an effort to reduce time-consuming procedures and complex governing structures. To be effective, we must be able to intervene as soon as possible.

“Our funder Laurie Michaels understood there was a gap in the philanthropic market: providing support to mid-implementation projects that encounter an unexpected roadblock”

What is your most common sourcing method to identify projects in need?

In terms of pipeline, most of our projects come from referrals, for example non profits we’ve worked with in the past refer other organizations to us as they encounter obstacles. But our main source of referrals are other funders/foundations that reach out to us because one of their grantees is in trouble: they cannot help because they do not have the procedures in place to provide resources or because all the money has been granted at the beginning of the year. Or they do have the funds but their governing mechanisms are too rigid, maybe their board approves grants twice a year, i.e. not in time to face a crisis. We have worked with major foundations and public funders around the world due to these kind of situations.

What is your process to assess the existence of a risk and decide whether to intervene?

The first criterion is that the project must be mid-implementation and fully funded: this means the organization has already gone through the due diligence of another funder and we can focus on the problem itself, asking two main kinds of questions:

“We have an advantage to traditional funders that pick one project over the other as the best one to support: their horse has to win the race. Our job is to make sure that all the horses finish the race”

Most of our application process is through conversation – we do request paper documentation but it is more for internal accountability than for decision making. Direct confrontation allows a much faster process; also it is much harder to obscure the truth when you are talking to someone directly. We can ask direct questions: “Why didn’t you do that? How will this solve the problem? It’s less a grant competition and more an honest discussion: non profits come to us with open vulnerability because there is a problem and our main goal is to help find a concrete solution.

Which are the most common unexpected events you encounter in your work?

We just released a report on the most common roadblocks non profits have to face, based on variables such as project, sectors, geography, etc. Overall, there appears to be four main categories of Roadblocks:

“There are some recurrent categories but, the most common unexpected roadblocks are caused by funders, both private and public ones”

What can funders do to account for these issues?

We have published a toolkit with 10 specific suggestions to funders to make sure grants will succeed: basically to prevent them from needing us! Some are really simple, for example in terms of budgeting.

When you budget in business, you always make sure to have resources available; if you are investing for money $1 million to a start-up company, and then the start up comes back asking another $50,000 to bring the product to market, most investors would provide that sum. Saying no in that situation is, in our perspective, a philanthropy bias.

There are two main options for funders: including extra ad-hoc funding in the budget or increase funding directly. Most non profits receive restricted funding that barely covers the cost of what they are doing: if you want non profits to be able to manage their own risks, you should grant multi-year unrestricted funding. If you are not doing that, you are retaining the power but also the responsibility to help non profits through extra funding when risks materialize.

Aside from funding, an action funders can take is to have the discussion about risk: 76% of foundations do no ask in their applications what could go wrong in the project. If foundations and donors do not stop to consider risks, non profits likely will not discuss them, with the overall result of missing an opportunity to try to fix pivotal issues that eventually could alter, delay or destroy an otherwise impactful initiative.

“Most non profits receive restricted funding that barely covers the cost of what they are doing. Either funders should provide non profits multi-year unrestricted funding so NPOs can manage their own risks or they have the responsibility to help NPOs solve the problem when it materializes”