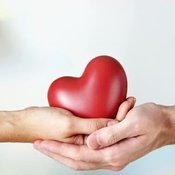 Grants awarded from donor-advised funds in the United States in 2017 totaled a record $19.08 billion, up 19.9 percent from 2016, a report from the National Philanthropic Trust finds.

Based on an analysis of data from nearly a thousand charitable organizations that sponsor DAFs, including national charities, community foundations, and other sponsoring charities, NPT’s 2018 Donor-Advised Fund Report found that contributions to DAF accounts increased 16.5 percent, to $29.23 billion, on a year-over-year basis, while total assets available for grantmaking increased 27.3 percent, to $110.01 billion, and the aggregate payout rate rose to 22.1 percent, up from 20.6 percent in 2016, interrupting a downward slide from a high of 24.7 percent in 2010.

Read (Philanthropy News Digest)
Subscribe
This website uses cookies to improve your browsing experience or help us provide our services. By closing this banner, scrolling this page or clicking any of its elements, you give consent to our use of cookies.
Close
More