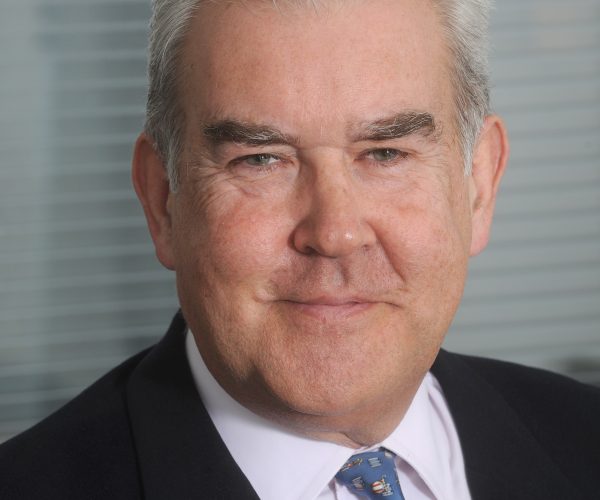 What began with two people, an idea and a laptop in a cramped basement office in London has developed in less than two years into a dynamic platform for investment into nutrition programmes in some of the poorest countries in Africa and Asia. With our partners we’ve already committed close to $100 million, which is set to rise to $250 million by mid-2018. Martin Short (CEO) at The Power of Nutrition describes the highlights, the lessons learnt, and the challenges that lie ahead.

Mr Short, thank you for your time. Firstly, why nutrition?

There is a clear and urgent need for increased investment in nutrition. Nearly one in four children under the age of five suffers from the developmental consequences of long term undernutrition (they are “stunted”) because they have not received the nutrients they need in their first thousand days of life.[i] Pause for a minute and think about the implications of this statistic: of every four young children in the world today, one is likely to be less healthy than her peers, do less well at school, is destined to earn less than her peers and live with the long-term physical and mental impacts of undernutrition. If she is a girl, she is more likely to give birth to a baby which is smaller and weighs less than it should, passing on the damaging effects of undernutrition to a new generation. Today 156 million children have been handed a life sentence of being stunted in their physical and cognitive development. The long-term costs of poor nutrition are also immense for countries, which can lose up to 11% of GDP as a result. Investing in nutrition is vital if the world – and especially the least developed countries – are to achieve their full potential. Most of the causes of undernutrition can be treated and should not be a sentence to poverty or worse.

Is increasing the availability of food the answer?

In recent months, much of the world’s attention has been absorbed – rightly – by the humanitarian challenge of feeding people in areas of north Africa affected by famine and acute hunger. Providing food to those who are hungry is of course a vital response, but it is not enough and on its own will not prevent undernutrition. In fact, undernutrition can just as easily exist in a situation of plenty. One senior African official recently described the situation in his own country: “We have a lot of food, but you might find that places with a lot of food also have a lot of malnutrition.” Nutrition is more than just food.

Can you explain how The Power of Nutrition was established?

The Power of Nutrition was originally born at the high-level Nutrition for Growth summit in London in 2013. The foundation was launched in the Spring of 2015 at the World Bank, with full and active support from its partners – the UK government’s Department for International Development (DFID), the Children’s Investment Fund Foundation (CIFF), the UBS Optimus Foundation, UNICEF and the World Bank. It has since developed and started funding programmes worth almost $100 million and brought in substantial new investments from philanthropies and the private sector. The Power of Nutrition is focused on investing at scale in programmes that deliver sustainability and support systems reform.

How does you your model work?

Through funding from our founders and implementing partners, The Power of Nutrition matches each new dollar for nutrition with a minimum of three additional dollars when they are invested in a country programme. We work closely with our implementing partners and with national governments to develop programmes with the maximum potential nutritional impact for children. Each programme supports proven interventions and national plans, and leverages funding from both our implementing partners (the World Bank and UNICEF) and the national government. As part of our programme negotiation, we also agree monitoring and evaluation plans with detailed and ambitious targets to ensure progress is on track. Combined, this approach enables our investments to have a dramatic impact on the lives of individuals, families, their communities and the economies in which they live and work. 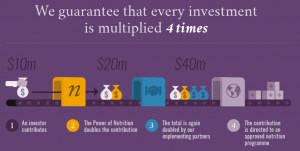 What has been your progress so far?

The Power of Nutrition develops programmes in countries with the highest levels of undernutrition, in Africa and Asia. Already, we have programmes funded in Tanzania and Ethiopia (through the World Bank) and Liberia (through UNICEF), with several other country programmes in the pipeline.

In Tanzania and Ethiopia, the focus is on strengthening the health system to be able to support improved nutrition for those most at risk, for example by ensuring women and children have access to micronutrients, training health workers in the most effective techniques to educate women about the need to exclusively breastfeed babies for the first six months of live, followed by introduction of nutritious complementary food to promote healthy mental and physical development of their children. Both are ‘results-based-financing’, which means that funding will only be released once certain key performance indicators have been achieved.

In Liberia, the focus is on support for rebuilding the health system and trust in the system following the immense damage done by the recent Ebola epidemic, including critical nutrition interventions for women of reproductive age and children. The programme provides technical support to health workers to help them deliver nutrition interventions as part of their community health work and outreach. We are currently exploring potential programmes in Benin, Madagascar and India.

What are the key lessons you’ve learnt so far?

Since The Power of Nutrition was created, we have learnt some important lessons: