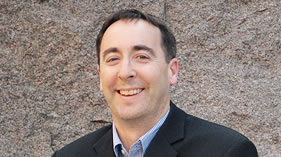 According to “Giving USA 2017”, total charitable donations rose to new high of $390.05 billion in 2016, accounting for individuals’, foundations’, and corporates’ giving. Charitable giving hit a record high for the third straight year and giving by foundations in particular reached a new peak with a 3.5% growth to an estimated $59.28 billion in 2016.

But how much of that philanthropy comes from family foundations? And which are the trends that are shaping family philanthropy in the US? Evidence says that the concept of effectiveness and efficiency in giving are gaining momentum among family foundations: the use of donor-advised funds boomed in 2015 while impact assessment is entering the agenda of the majority of foundations. Meanwhile, more and more family foundations are starting to evaluate whether the use of their endowments is aligned with their social mission, basically asking themselves whether in the end they are producing a positive “net” social impact.

In an all-round interview, we explored the dynamics and attitudes of family foundations in the US with Jason Born, Vice President of the National Center for Family Philanthropy (NCFP), the only national nonprofit dedicated exclusively to supporting families to transform their values into effective giving for the community.

Let’s start with a question on US family philanthropy: could you give us a quantitative perspective on the current scenario?

It’s also important to note that families are also choosing to give through donor-advised funds at a faster rate than ever before. Contributions to DAFs hit an all-time high in 2015, according to the National Philanthropic Trust — totaling $22.26 billion that year — or about 8.4 percent of all total individual giving in the United States.

The majority of that donor-advised fund activity comes from families — and we’re seeing families giving together in ways that we haven’t seen before. Often, they’re using multiple vehicles, too. About 30 percent of the family foundations in our 2015 Trends study, for instance, also use community foundation donor-advised funds or give directly through community foundations, both to achieve further impact in their communities and as a tool for engaging next generation family members.

What shifts in the philanthropic landscape are you particularly excited about seeing? Do you believe based on your observatory that family philanthropists are diverting more money to organizations that can prove they’ve created social change?

We’re definitely seeing a shift in that direction. When we started NCFP 20 years ago, words like accountability and impact weren’t a big part of the field’s vocabulary. Today, it’s hard to have a conversation with a family foundation that doesn’t include those words.

And they’re backing up their words with actions. Though the average family foundation still doesn’t have a strategy for assessing the impact of its giving, roughly half of family foundations in our Trends survey say they are exploring how to assess their impact.

In addition, our Trends results indicate that nearly 6 in 10 family foundations are asking grantees to report outcomes and more than half ask grantees to submit descriptive reports.

These are very good signs from the field. But it should also be noted that family foundations also want to take risks and test new ideas and approaches that haven’t yet been proven. We still need room for innovation and risk in the field — so while measuring impact is important and necessary, it’s also important to take risks and try new approaches that haven’t yet been proven. NCFP Board Member and Fellow Katherine Lorenz, a next gen family foundation leader with the Cynthia and George Mitchell Family Foundation, has written a couple of great posts about this topic here and here.

Millennials are already a huge force in philanthropy — and their presence is only going to grow with time as they assume greater leadership roles in their families and as they mature and accrue the wealth and influence to begin their own philanthropies.

One trend we’re already seeing in our work is that millennials are more actively engaged in their families’ philanthropic work than their predecessors. A growing number of family foundations have millennials serving on their boards and participating in site visits. And roughly half are providing discretionary funds or matching funds to help their younger members get familiar with giving.

But there are some challenges as well that are specific to family foundations. For one, many if not most millennials don’t choose to stay put in their hometowns — they’re moving to other cities or other countries for their careers or families, which moves them away from their foundations’ home base. Often, they have different values and different perspectives about the world than the older generation, which can lead to difficult decisions for families as they mature.

While NCFP’s focus is on multi-generational family philanthropy, there are a number of great organizations focused specifically on next generation leaders that we have collaborated closely with in the past, including NEXUS, Resource Generation, and Youth Philanthropy Connect. Another good study on the interests and expectations of next gen donors is the #NextGenDonors study from the Johnson Center and 2164.

According to the “2016 Philanthropy Index” by BNP and Forbes, HNWIs are more inclined to support efforts that achieve sustainable outcomes. With this perspective, impact investing (54%) and collaborative philanthropy (53%) are considered as the top trends. Do these data mirror in actual choices or these options still represent a niche for family philanthropists from your perspective?

We are definitely seeing a rising interest in the practice and potential of impact investing and collaborative philanthropy within our network. Many family foundations we work with, like the Gaylord and Dorothy Donnelly Foundation, are taking a fresh look at whether their investments are aligned with their philanthropic missions. And many others, like the Max M. and Marjorie S. Fisher Foundation, have discovered the power of collaboration in their work.

We’ve hosted numerous webinars and conference sessions on these topics over the years and they are always heavily attended with lots of great questions and sharing of experiences. But getting to a day when these approaches are the norm rather than the exception is still a long way off – not all family foundation boards are willing to make the commitment to impact investing or to share decision-making authority with others. There’s a terrific recent series of articles put out by Mission Investors Exchange and the Stanford Social Innovation Review which is required reading for anyone interested in this topic.

The theme of foundations’ perpetuity is currently gaining momentum, especially when one considers the amount of inactive foundations that continue to exist without pushing on any impactful activity: in this light, the example of Chuck Feeney’s Atlantic Philanthropies making its last grant in 2016 is a powerful example of a new concept of “limited life foundations”. What is your position on this topic and which signs are you gathering from family philanthropists?

We believe that the decision over whether to operate in perpetuity or whether to spend down is one that’s best made by each individual family based on what it hopes to accomplish. There is no single best way for foundations to answer the question of how long the lifespan of their organization should be.

A growing number of foundations also say that they haven’t made a choice on their lifespans — but that they plan to revisit the question periodically. We think this is good for the field, because it shows that more families are being deliberate about this important decision.

“10 percent of families say they have chosen to operate with a limited life span. And younger foundations are much more likely to do so than older ones”

We hear a lot about huge philanthropic initiatives, with new millionaires willing to allocate most of their fortune to create social change. Still it has to be seen whether they will be able to accomplish truly remarkable social outcomes. What would be your most important recommendation to a new philanthropist willing to engage in the social sector?

The first thing I’d recommend is to gather as much information as you can. We’ve gathered some of the best advice out there on starting a family foundation in a book called Splendid Legacy 2: Creating and Re-Creating Your Family Foundation. And there are a ton of other great resources out there from groups like the Council on Foundations, the Center for Effective Philanthropy, and many others.

You should also talk to others who give. Talk to nonprofit leaders. Talk to those who stand to gain the most from your philanthropy.

There’s so much knowledge out there now. It’s hard to find a magic bullet to ensure that you’re going to change the world with your giving. But even if you don’t solve world hunger or cure a disease, you can help improve a lot of lives. And the journey begins by learning how to do it.