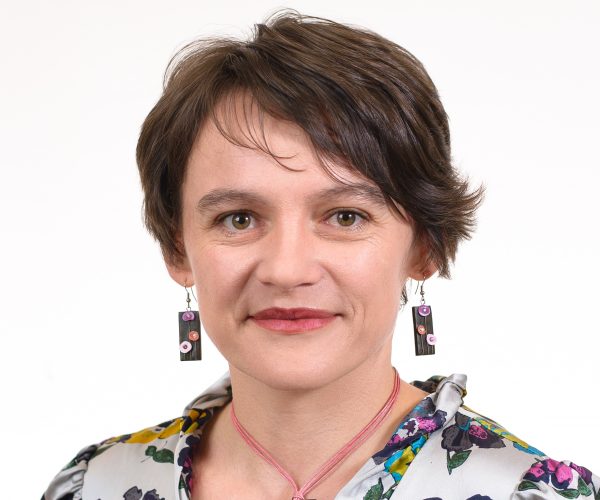 Could you please describe the origins and evolution of the Odorheiu Secuiesc Community Foundation?

Our story is an interesting story. In 2007 a national research took place  in order to analyze the social landscape to identify if a community foundation as a model should be established in Romania. The researchers came to the conclusion thatthe enviroment in Odorhei isn’t good to establish a community foundation, because there were too many political fights, too many conflicts – there shouldn’t be established groups with the same ideas and the same goals. In this situation it’s very interesting that we came across an American guy, Christopher Worman, who was here as volunteer for the Peace Corps. Chris spent a lot of time researching the civil society NGOs and community foundation. At that time I was working in rural development and civil society development and he decided that we should set up a Community Foundation. We started to have discussions especially with corporate people, businessmen, and found out and created 8 local-root members, mainly businessmen; we got together and created the Foundation and we succeeded. It was the first Community Foundation ever established in Romania: we are proud of it because we live in a small town, in a rural area, our small city has 33.000 inhabitants and the region surrounding Odorhei has around 150.000 inhabitants, and that is the area we wanted to serve directly.

We established the Foundation here because we took action in this city and also many businessmen were establishing business in this city, with the idea to serve also the whole region. We started with a very strong communication campaign, we wanted to explain somehow to the people what a community foundation is: community foundation came from USA and there they wrote their origin act, the first ones spread from there in the whole world. Nevertheless we found out that our region had very similar tradition so called Kalaka: it’s a community volunteer work that took place mainly in rural areas, where people just came together and helped each other to build houses, to harvest and so on, they put together their forces and relations to create something, and this is a very strong tradition in our area. That was the first point and the first connection to explain what a Community Foundation is and why it is important to have a Community Foundation. So we started the first project, Urban Kalaka, and the first movement emerged to create groups and to identify places, first of all public places, sport areas, playgrounds, portions of parks, and we renovated them together with local people; we started also a fundraising campaign based on individual donations (employee-giving): people gave individually to our fund, and this fund was used for Urban Kalaka to restore and renovate community places.

As part of the first communication campaign we made a lot of small videos with local people, asking them to tell us a story and why they did enjoy living here. Then these short videos were spread to the community to make much more understandable that if you are from Odorhei and you wish to do something to help this area and the community so that life can be better, let’s put together and do something for it. That’s was the first act of our Community Foundation, how the Community Foundation was established and started working.

Which are the main results and milestones the Foundation achieved during its first 10 years of activity?

Urban Kalaka program is still alive after 10 years. Last year we celebrated our 10th anniversary, and after 10 years we can say that there are more than 10 places which were renovated and rebuilt by this community work and thanks to the participation of local people. The program is still alive, so we somehow succeeded in making local people much more strong in the belief that «yes, we can do, we can change, can do positive change locally» and if we wish to do something we can do it, all together. I think that the strengthening of this belief in people was a very important achievement, maybe more important than just the rebuilding and renovating of places, which is nice result, but by doing this we also built local people’s responsibility to those place. Now this responsibility is much higher, they care much more strongly about those places. Let’s explain it with an example: if one playground is renovated by the local public administration it isn’t such a value; if the same place is renovated by the local people through Kalaka, it has more value because people responsibility is more strongly connected to local places, the places we are living in, and people are also much more strong and willing to do volunteer work and grow in local giving passion.

We would like also to highlight near to the Urban Kalaka program, the Community Card. It’s a special loyalty card program invented and started by us in 2009 in co-operation with local businesses and local shops. It’s really simple: on the back of your community loyalty card there is a code bar, you go to the local shop and by checking this code bar at the cash-desk of the shop, you as a customer benefit from a 1% discount, so you are paying less, and the business is giving another 1% to a community fund. From this community fund we are running grantmaking programs to support local community initiatives. We also involve community card holders in the decision-making process, they are deciding which projects should be supported by these community funds, they are contributing by using the card, but they are also saying what is important locally and why. During these years the program was developed and is growing. Last year we launched the program’s smartphone application. This has an IT background system by which we can analyze the customers’ habits and we can also make direct marketing actions to community card holders. There are more than 15 thousands of CC holders in our region. We have a very tight relationship with them, and we can also much easier collect votes for the projects.

We scaled this model nationally: there are now 4 communities in which this is working nationwide and we are about to scale in Serbia this model. In May we entered in a partnership to start this model there too, there will be a training process, there will be community work to develop together the IT system to be used in Serbia too. This is one of the most valuable feedback for the program, being this considered as a „tool” which can contribute to develop the philanthropic culture in Serbia. Our partners found this model also effective, it’s working very well, it’s easy and quickly engages local individual donors, involves them not just in the giving but also in the decision making process.

Another milestone in our history is the “Run for IT” community sport event: it’s a fundraising sport event we set up 5 years ago. The first edition was attended by 7 NGOs, last year 35 NGOS participated in. They are all local NGOs also from rural areas of the region, and last years we raised more than € 42.000.

Community Card and Run for IT can engage people and NGOs, and I think that they are very strong milestone in our history, they try to keep up our Community Foundation with community life.

In 2017 we made a participatory strategic plan, a strategic planning process not just with the Foundation team, but also inviting our Board members and community members. We discussed what are the local problems, analyzed what and how done so far the Community Foundation, analyzed if our programs are effective, if they reach what the community needs; we discussed also if we should make some changes, what are the directions to take, how to do much more for the community. By the end of this participatory strategic planning process we decided to stop some programs and to start new ones.

For instance we decided not to continue the YouthBank program, which lasted more than 8 years, but to start the Heureka grant making program which focus on STEM (science, technology, engineering and math). This program support experimental educational projects which make fun to do and learn science.

Another change was to start organizing donor circle, a fundraising event which has origins in UK. This year in March we made our first donor circle which was very successful and we are willing to continue to do so. Almost 50 people took part – not a huge number, but if we count the results, we see that we raised € 4.000 from almost 50 people in a few hours for 3 local projects, so it is a very nice result. Especially if you count how many time, how many resources you spent for it. People responded very well on that, we were surprised and told each other «we can do it, we can involve many people on local good ideas»: it was very inspirational. We want to continue. We have many stories to tell and good ideas to share.

Can you describe the role of Fundaţiile Comunitare din România, that you contributed to create?

We don’t have national and precise data about how many grant making Foundations are in Romania. But I know strongly that the Community Foundations have, and in addition to these in the last 5 years big companies – such as telecom companies or large retail companies – set up their own foundations running also national grant making programs. One of the oldest national grantmaking organization is the Foundation for Civil Society Development established in Bucharest. They managed already the pre-EU-accessions funds addressed to civil society development.

You are part of the Transnational Giving Europe, that allows tax-effective cross-border cash donations. Are in Romania tax incentives for giving? Please describe your experience in this field.

Law in Romania supports much more corporate giving than individual giving. This means that legal entity can deduct donations from annual taxes, but if you are an individual, you can donate but your donations are not deductible from you annual tax. The only benefit is seeing the results of your giving, you realize you are contributing to the change, you solve some problems… it is a sort of ethical or moral reward.

If you take into account the development of philanthropy culture, you can see that in the last 5 years there was a huge development of different possibilities to encourage individuals to donate, for example the direct debit system has been developed.

Community Foundation are organizing fundraising sport events as the “Run for it”, bike races, community fundraising events… by those events they are supporting and building NGOs capacity to raise funds and these events are very interesting and very powerful, they can engage and involve a lot of individuals. There is also a lot of corporate giving, corporate sponsors, and they are building also crowdfunding platforms in Romania: they are only a few at present, maybe 4-5 active, but there used to be nothing before, and now there are.

Corporate donors and private donors are both important in our Community Foundation because our strategy is to work with both of them. We wish to be as close as we can to the community, we wouldn’t try to be a richer Community Foundation if this would take us far from our community, from the people we are working for and working with. For us being close to the community is important in order to gain and keep local people’s trust and local companies’ trust as well, and that’s why we are using different types of fundraising, different methods, both with individual donations and corporate donations.