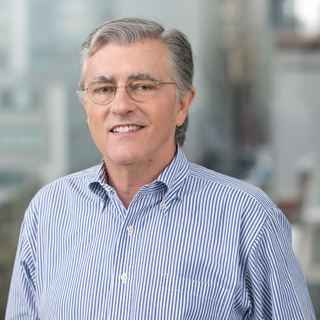 The Edna McConnell Clark Foundation was formed by the fortune of David Hall McConnell, the founder of Avon, the cosmetics and household products company: Edna McConnell, a daughter of the founder, and her husband, Van Alan Clark, who became chairman of Avon’s board in the 1950s, decided to put much of their resources into a foundation.

With an endowment of about $1 billion and an annual grantmaking ranging between $40-50 million, EMCF is one of the most interesting examples in the current arena for what concerns collaborative philanthropy.

Since 2007, EMCF has pioneered capital aggregation in the social sector and made it integral to its investment approach. Following EMCF trustees’ decision to pursue a limited life and spend down the Foundation’s endowment over the next decade, Blue Meridian Partners, a consortium of twelve philanthropic institutions and individual incubated by EMFC in 2016, is advancing this to a higher level of capitalization and collaboration: BMP is pooling resources and investing $1 billion and more in propelling effective programs for children and youth through large investments (up to $200 million) in the most promising interventions, providing social-sector leaders the upfront capital they require to fully scale their programs at a national level.

Could you describe the evolution of the EMCF Foundation’s philanthropic approach over the years?

Over the 30 years following the birth of EDCF, the Foundation looked very different from what it is today, pursuing a broad agenda with multiple program and geographic areas and an emphasis on system reforms or disease prevention. Around 1999, Michael Bailin became President and engineered a significant global shift in the EMCF’s grantmaking strategy that is still evident today in the work that we carry on: to focus on a single program area (youth development) in the United States, targeting the most vulnerable individuals, to identify programmatic interventions that could disrupt the inter-generational perpetuation of poverty. This was meant to optimize the use of the available resources and produce a consistent impact through a much stronger focus of our targets and goals: it resulted in moving from providing many small-sized grants to multiple organizations to making just few multi-million dollar multi-year unrestricted growth capital investments.

What is EMCF’s recipe to start and manage a funder-grantee relationship?

The first step to engage with a new perspective grantee was – and still is – a business planning process that we fund, bringing on board our partners of the Bridgespan Group to work alongside the management of the non profit to develop a business plan – to define the market environment, long-term goals, the resources needed, etc.

This is a sharp difference with traditional funding models: our role must be to help grantees be clear about what they want to achieve and how, and provide the resources to produce those results (which is, from my commercial background, very similar to making a large equity-investment in an entire organization to make it grow) rather than imposing to re-design or modify existing programs to meet our project-support criteria.

From the business plan developed in the early days of the relationship, we extract the KPIs we think will show best how we are moving towards the achievement of the stated goals. Obviously it is a matter of flexible balance: on one side, continuation of our grants depends on how satisfied we are with progresses in KPIs; on the other, we must understand that problems come up and we take a hands-on approach to help non profits overcome difficulties rather than just ending our partnership. We are investing in them, and must assist them to go beyond week-to-week hand-to-mouth fundraising.

“I think there is a disconnection between funders’ expectations of grantees being strategic and impactful and non profit leaders not knowing how they are going to raise the money to make payroll next spring. The solution is to pre-fund their growth plan, providing them a measure of stability to focus on improvement and growth.”

At the beginning we thought that, thanks to EMCF grants, a non profit would also be able to find other big funders but after some years we realized that grantees were struggling to leverage that additional support: if we wanted our plan to succeed, we had to actively assist them.

In 2006 we launched the Growth Capital Aggregation Pilot (GCAP) to work separately and simultaneously with three of our grantees (Nurse Family Partnership; Youth Villages; Citizen Schools) to help them raise growth capital. An endowed foundation doing the very unusual task of fundraising for our grantees… but it worked: EMCF provided about 30% of the needed capital and managed to get on board other funders to sign onto the same grant structure we had put in place. We would act as the managing investor so that rather than having to report to fifteen different funders, the grantee would submit a quarterly report that we would analyze and share with the other funders. In that time frame (2007-2015) EMCF provided $155 million, other private and public funders nearly $487 million, thus quadrupling our fire power.

“The capital aggregation approach does not solve all problems; but it does provide non profits the kind of financial certainty they need to accomplish their goals”

What is the primary goal of the Blue Meridian Partners initiative and how did you come to launch this innovative philanthropic effort?

Also in 2012, EMCF became an inaugural grantee of the Social Innovation Fund (SIF) and the recipient of its largest award. This federal initiative partnered with private intermediaries to help expand potentially transformative social programs. To help programs supported by EMCF and the SIF meet their federal match requirements and achieve their growth and evaluation goals, the Foundation launched the True North Fund with 13 philanthropic co-investors.

When the Social Innovation Fund initiative was moving towards the end, we began thinking what we could do next. So we thought about our long-term most successful grantees, who had grown and expanded their impact significantly, but were still addressing 4-5% of the market. That could not be success: what about the remaining 95% of young people of who could benefit from their programs? Blue Meridian Partners was our answer, the next stage of the capital aggregation strategy with two major evolutions.

As I described earlier we would do all the due diligence, all the planning work, all the grant structuring work and then go out to propose to other funders if they would put resources alongside us on these terms. But one thing we learned is that any funder we would approach would not have the same sense of ownership around the grant. So we switched to finding a small group of high-capacity funders we knew well who would be decision-making partners in our next fund, not only investing alongside us but helping us decide what to invest in and what not, how to structure the grants and make those on-going performance related decisions over the course of the relationship. I think this shared governance model has been absolutely key to our partners willingness to make much larger substantial capital commitments than anyone before in our experience.

The second point I would mention is that rather than doing a series of five-years business plans, we asked our grantees to do a really long-term plan. “What could you do, what change could you create, how many people could you help if money were not an issue? Could you do it by yourself or do you need to enlist partners to help you get the work done?” So we got with 10 to 20 year time horizon plans that are much more ambitious – and much more realistic that previous five-year ones that were not able to convey a true sense of what would change in the system.

Which are the criteria BMP uses through its shared governance model to identify eligible investees?

If you take all of those six major criteria together, the universe of providers shrinks quickly: most of our challenges has been to identify the few we think have a fighting chance at becoming truly sustaining large national scale providers of programs that work.

What is your definition of success? Do you envision that in terms of program effectiveness or are you more focused on scaling or building the capacity of grantees?

It is a combination of the two. If we look out to the end of the grant, what we would hope has happened is that the delivery of the program has grown substantially to serve the very significant percentage of the population that can benefit from it while continuing to be effective.

So there would likely be in most cases one, two, three randomised controlled trials in the organisation’s past. But also a very significant evaluation plan going forward that would consist of both the use of internally gathered data for decision making and engagement of an external evaluator to make sure that the effect has been sustained and has not been diluted over time or geography.

Also, our goal is not only to invest in the single organizations, but to build partnership collaboration at the state and national level. It’s not just about helping an organization grow its own capacity to deliver services, but also finding the right partners to move to a different level – for example by showing that an effective program is also cost-effective and could represent a better solution to tackle an unsolved social issue.